Click here to view all obituaries
Search Obituaries
Immediate Need
We are here to help you. If you have need of our services, please call us, day or night, at:
215-639-0422
To better prepare yourself, we have provided you with some helpful information regarding the immediate need process.
Contact Us / Location

To share your memory on the wall of P. Leslie Schaumberg, sign in using one of the following options:

Provide comfort for the family by sending flowers or planting a tree in memory of P. Leslie Schaumberg

Provide comfort for the family by sending flowers or planting a tree in memory of P. Leslie Schaumberg

Provide comfort for the family with a meaningful gesture of sympathy.

We encourage you to share your most beloved memories of P. Leslie here, so that the family and other loved ones can always see it. You can upload cherished photographs, or share your favorite stories, and can even comment on those shared by others.

Carol Aman and Mercedes Job and With Love, Heidler and Gallion Family sent flowers to the family of P. Leslie "Les" Schaumberg.
Show you care by sending flowers

Posted Sep 18, 2020 at 03:47pm
We pray the love of God enfolds you during the journey of your loss and that you are comforted by the outpouring love surrounding you.

Posted Sep 18, 2020 at 10:11am
We are so sorry for your loss. Les will be missed, we are sharing in your sadness . Sending healing prayers and comforting hugs.
Les was a proud, nice man ,and friend!

With Love, Heidler and Gallion Family

Posted Sep 17, 2020 at 09:47am
Please accept our most heartfelt sympathies for your loss... Our thoughts and prayers are with you and your family during this difficult time.

Posted Sep 17, 2020 at 09:07am
Les,
Thank you for your service to your community and country. You are a true American Hero. I salute you with military respects. Slow Hand Salute.
To the family & friends of this patriot, my sincere condolences.

Posted Sep 16, 2020 at 05:18pm
Wishing you peace to bring comfort, courage to face the days ahead and loving memories to forever hold in your hearts. You are in our thoughts.

Vivid Recollections was purchased for the family of P. Leslie Schaumberg. Send Flowers 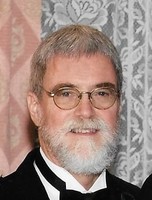